Pop Up Comedy Show: The Comedy Club In a Custom Sprinter Van 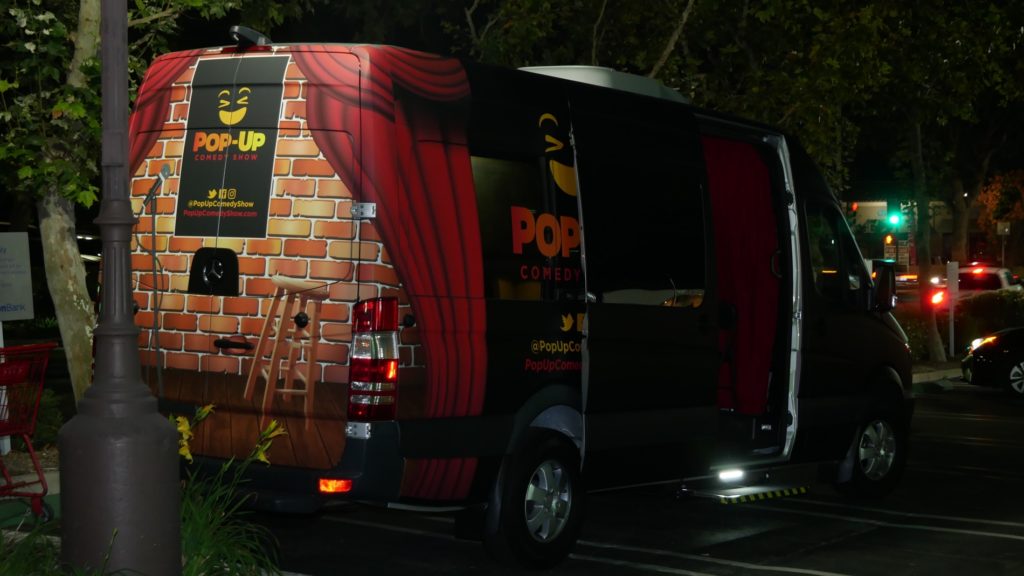 You probably already know that the Mercedes-Benz Sprinter van is one of the most versatile vehicles on the road today. Available in four base configurations – Passenger, Crew, Cargo and Cab Chassis – every Sprinter van starts life with the same level of Mercedes-Benz safety and technology.

What you might not have known, however, is that over 50% of the Sprinter vans sold through Mercedes-Benz of Thousand Oaks feature what’s known as an “upfit.” These are custom installations and modifications to the van that run the gamut of everything from custom bunk beds and to fully-plumbed, marine-grade kitchens and bathrooms – all inside a van.

The possibilities for custom Sprinter vans are literally endless. Plumbers need their vans fitted with racks for pipes and tools. Cleaning companies need their gear to be tied down or secured for maximum safety on the road. Families need sleeping, dining and bathing accommodations in a package that can be easily driven both on and off road for camping. 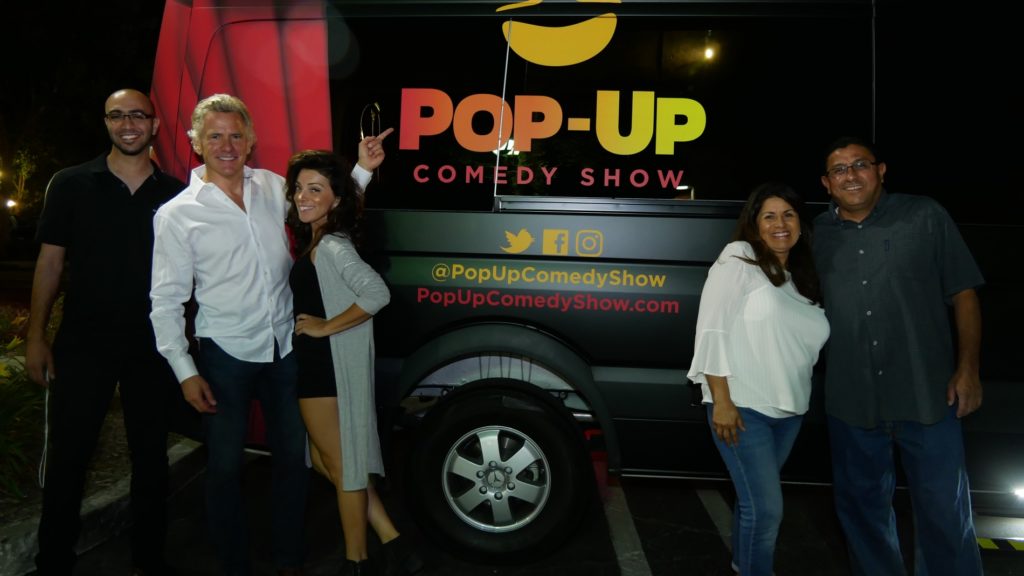 Indeed, service professions are some of the more common configurations for Sprinter van builds, but what about turning one into an entertainment venue? Can a Sprinter be a destination in and of itself? As it turns out, Mercedes-Benz of Thousand Oaks’ service concierge manager, Satarius, had the same question as she is also an active comedienne. When she was planning to expand the reach of the comedy shows she produces, she looked no further than hew own “backyard” to discover that Mercedes-Benz Sprinter vans are uniquely suited to the task of becoming a venue: they’re big on the inside, they have rear air conditioning, and they’re easy to configure. 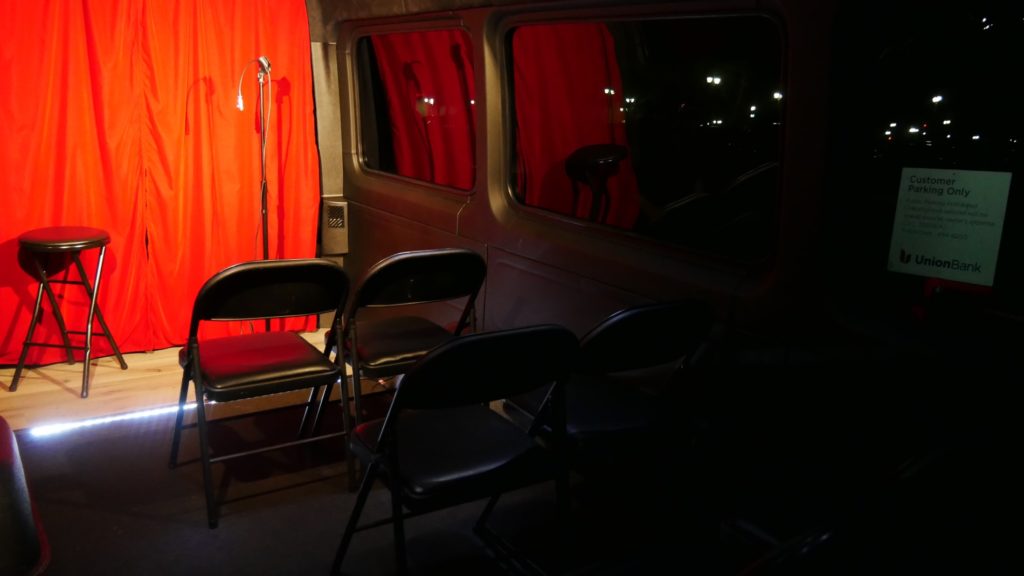 Six months after first conceiving a comedy club in a Sprinter van, Pop Up Comedy Show was launched. The van is configured with the stage towards the rear doors, upholstered walls and ceiling, house lights, spotlights, a PA system, and red velvet curtains separating the driver’s cockpit from the performance area and the rear doors from the stage.

I really wanted to create a genuine ‘room’ for comedians to come into and feel comfortable, and for guests to be able to relax and have a few laughs wherever they might be. Pop Up Comedy Show is also about pushing the boundaries of what’s possible with comedy and how laughter can help anyone have a good day. It’s a comedy club in a van. Come on, that’s hysterical already!

Working with comics at all stages of their careers, from up-and-coming to tried-and-true veterans of the club circuit, Pop Up Comedy Show now “pops up” all over Los Angeles to literally deliver the laughs to people. Tickets are booked in advance from the van’s website, and there are typically several shows per night. Capacity of the venue is 10 seats and the venue often sells out. 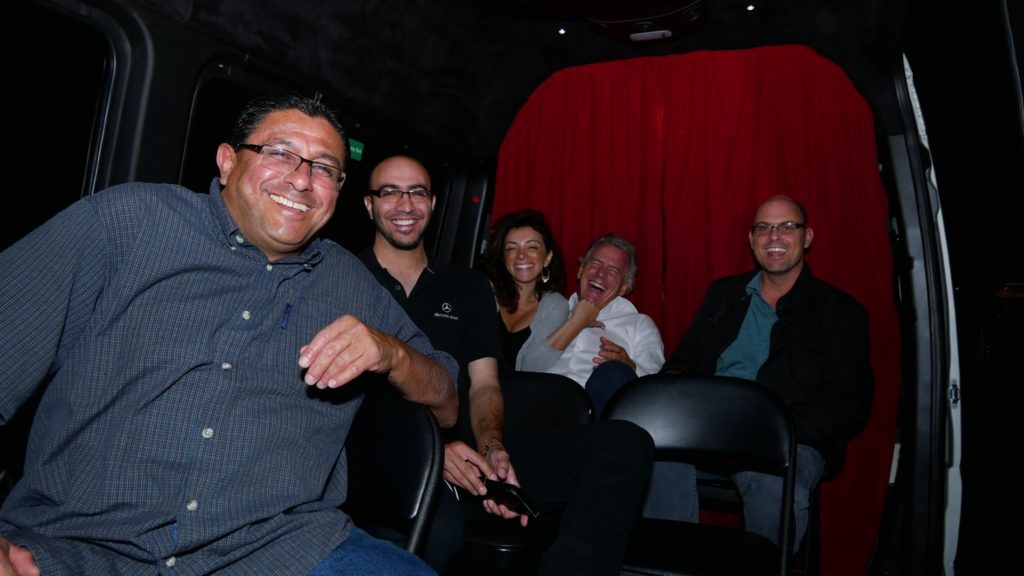 Patrons of Pop Up Comedy Show being entertained by one of the night’s three comedy sets.

Think about it: Musicians pop up on street corners as do visual artists, dancers, jugglers, animal handlers and other performers. Why not comedians? Imagine your corporate event or birthday party with a comedy show. It makes sense. Laughing people are happy people, happy people make happy memories, and happy memories are memories worth sharing with friends and family. 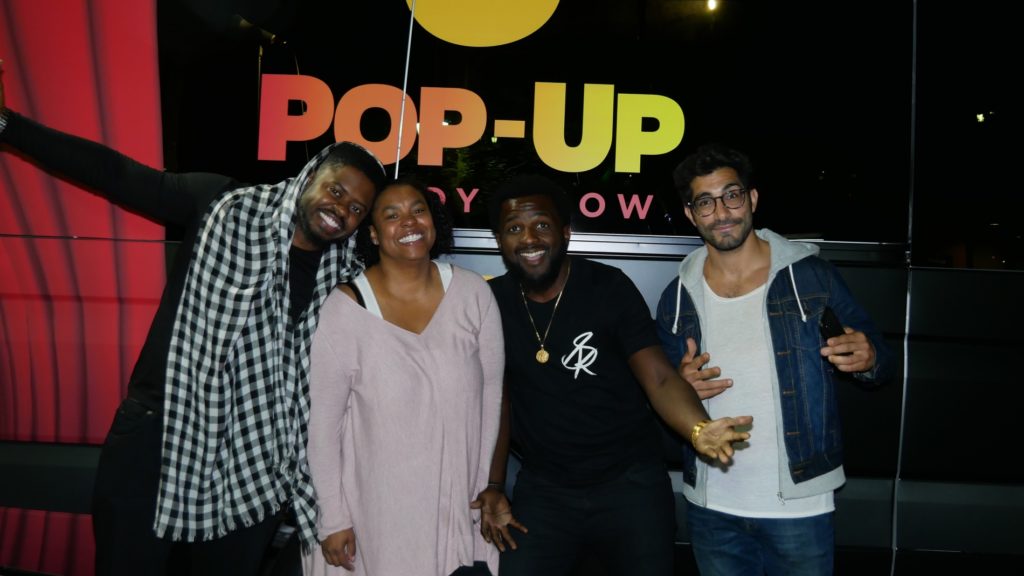 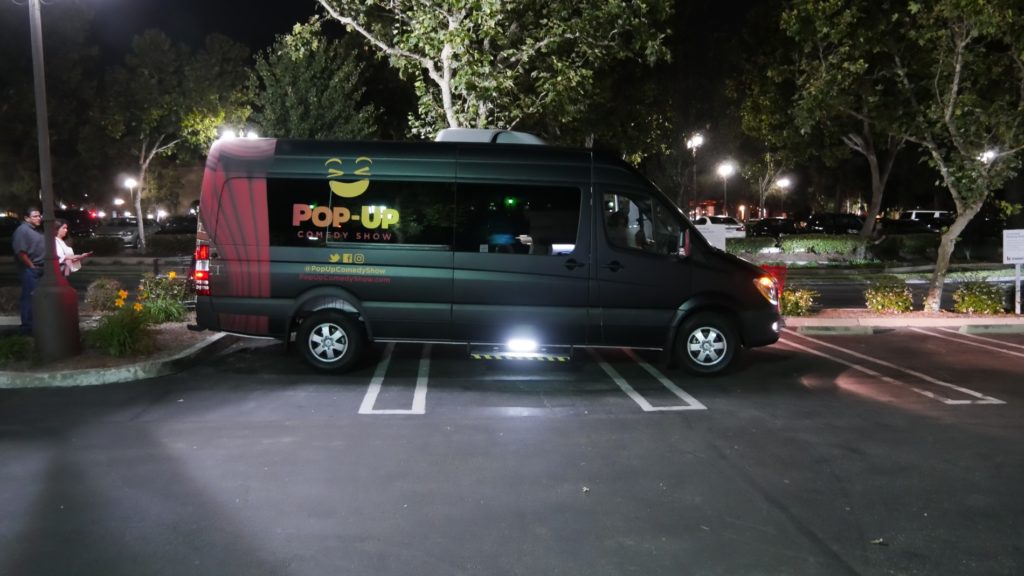 0 comment(s) so far on Pop Up Comedy Show: The Comedy Club In a Custom Sprinter Van 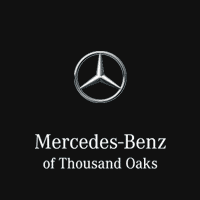