The team at AMG® Thousand Oaks hit the road once again on the Drive of a Lifetime to AMG® Driving Academy at Laguna Seca. The Spring 2019 class was an enthusiastic group who made *ahem* record time up to the Monterey peninsula. As usual, we met up for breakfast on Sunday morning at Brent’s Deli in Westlake Village where we stuffed our faces with some of the best grub in town. 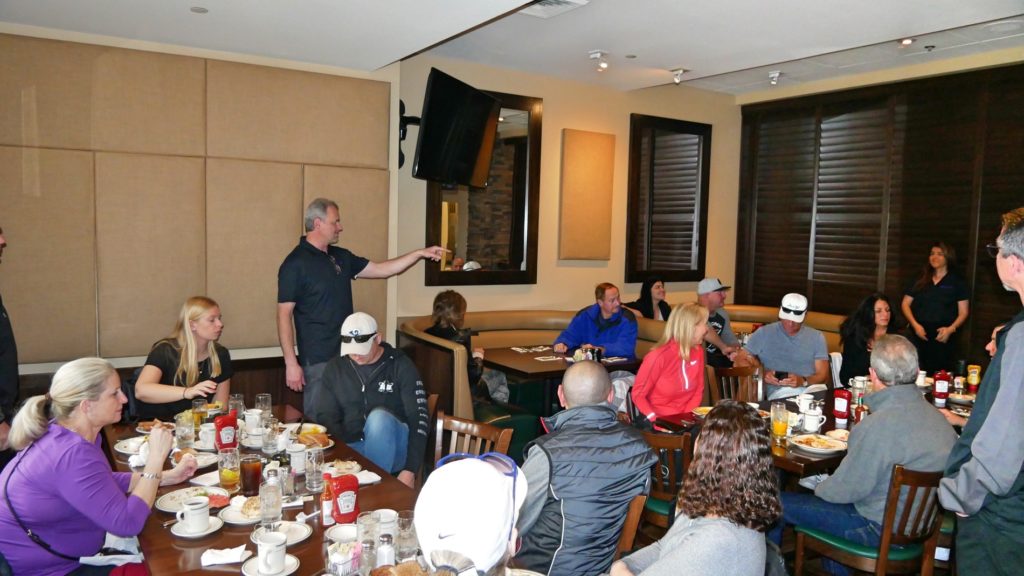 After breakfast, we convened outside to go over the route and to emblazon our vehicles with the coveted window cling that would come to indicate that our rally group would indeed not be taking its time up the coast. Our team was large this time with more than a dozen AMG® vehicles taking over large swathes of freeway at a time. 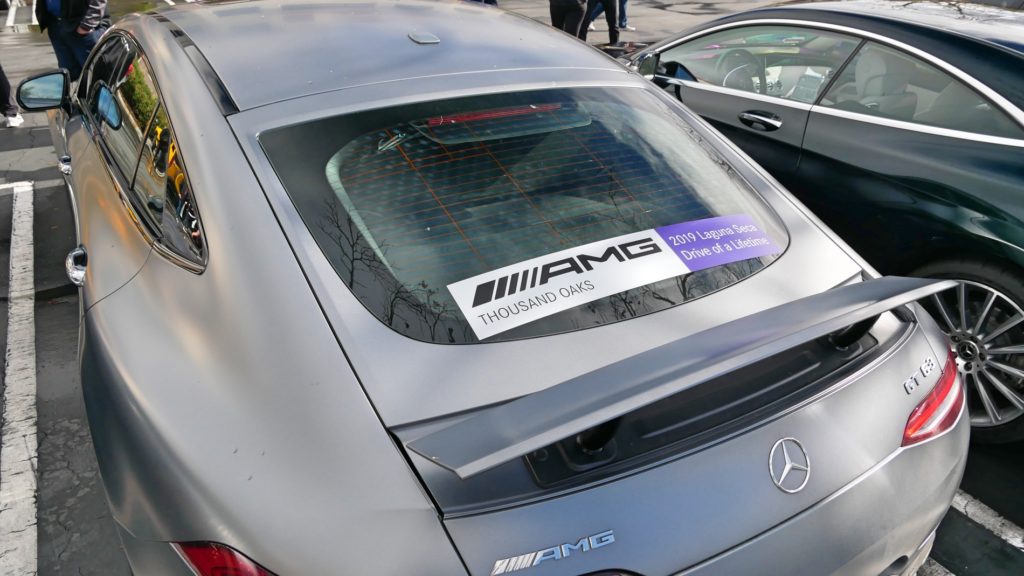 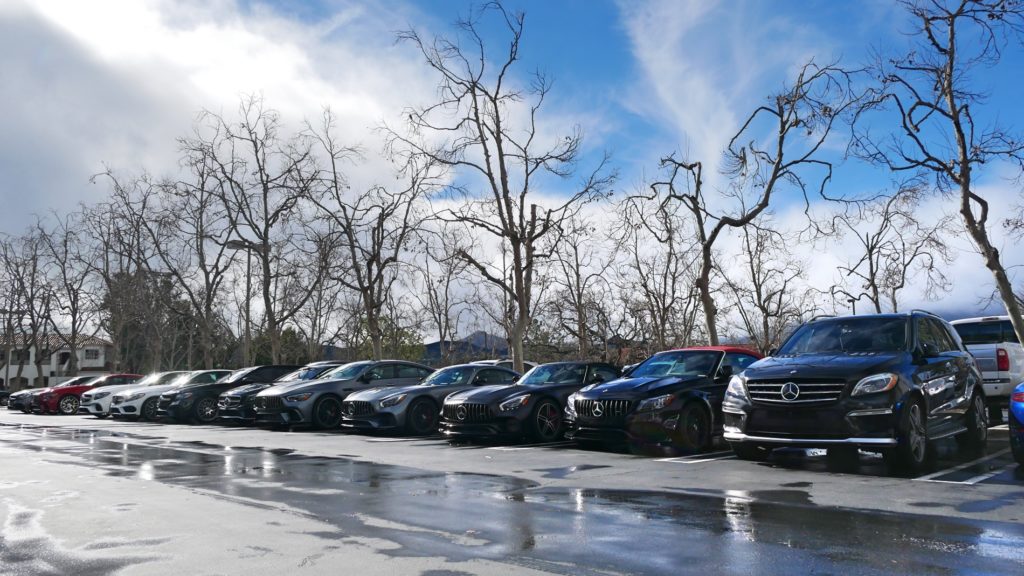 The drive up Route 101 to San Luis Obispo did not disappoint, with mother nature providing various degrees of cloud cover that allowed the California spring shine in all its shifting Technicolor glory. 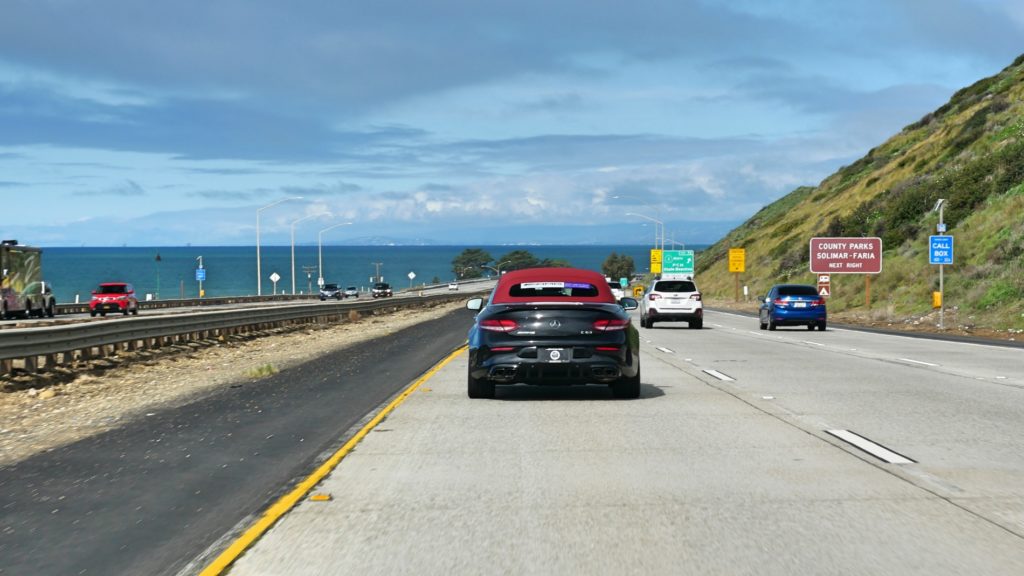 The all-new Mercedes-AMG® GT 63 was a crowd favorite and managed to draw the attention of several local automotive enthusiasts while we pitted en route. 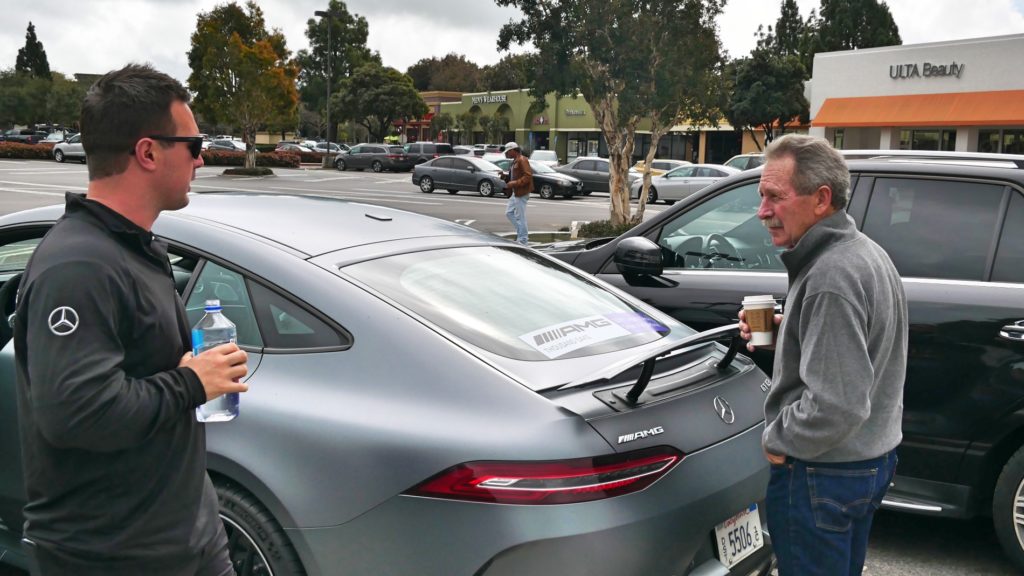 Following our stop in San Luis Obispo, we were back on the road up to Carmel Valley where we once again established camp at the legendary Quail Lodge Resort. 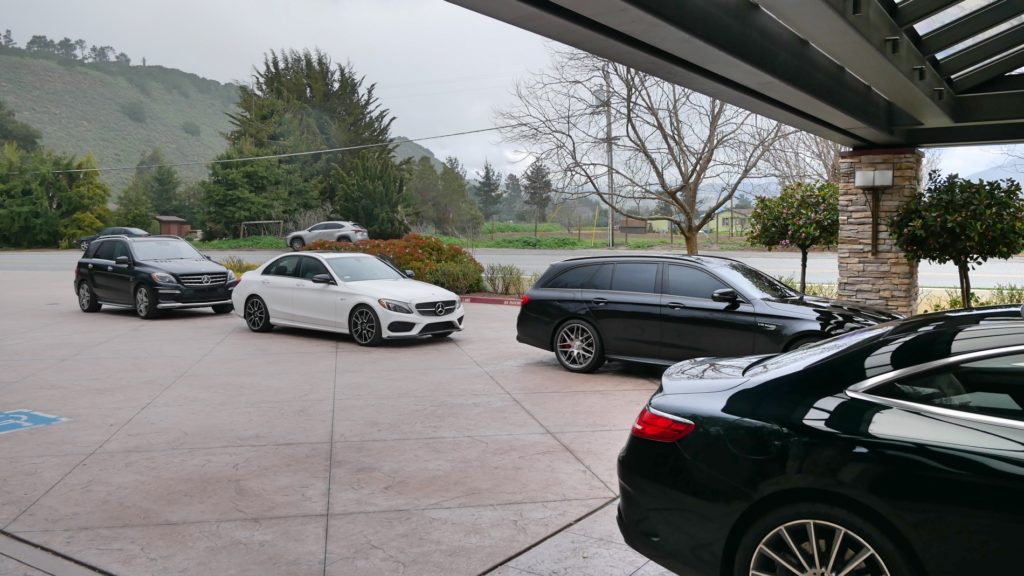 This time we arrived several hours of free time to unwind after our “spirited” drive, but the action picked up again at 6pm for cocktail hour. Following libations, were once again joined at dinner by our colleagues from AMG® Driving Academy, including lead driving instructor, AJ Alsup, who graciously answered questions from our excited group. 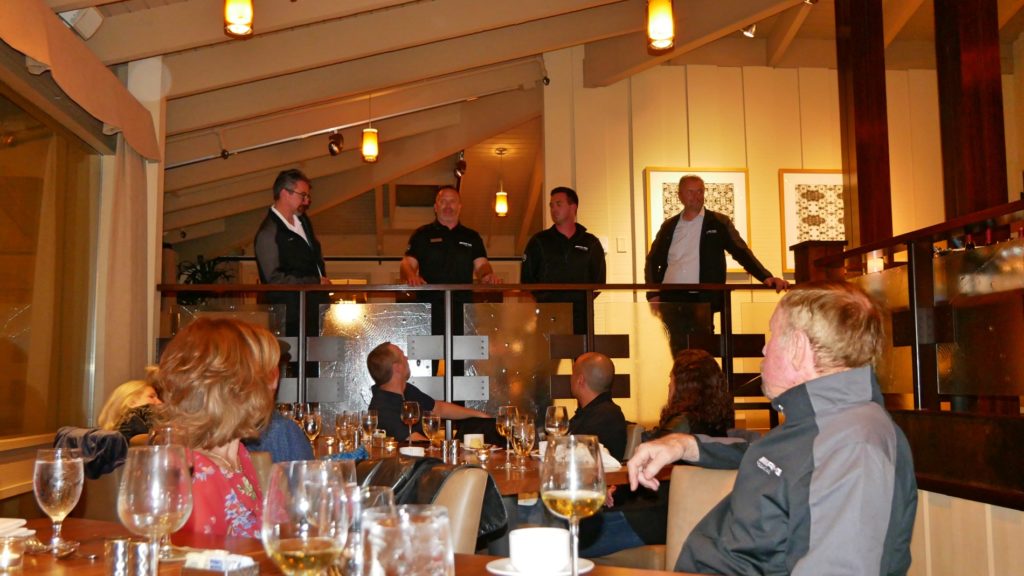 Come Monday morning, we again rallied the short distance over the hill to WeatherTech Raceway Laguna Seca where over 100 AMG®s were eagerly awaiting our arrival. After check in and breakfast, the remainder of the day was spent on the Blue Team and in the capable hands of our instructor, the inimitable Rene Villeneuve. 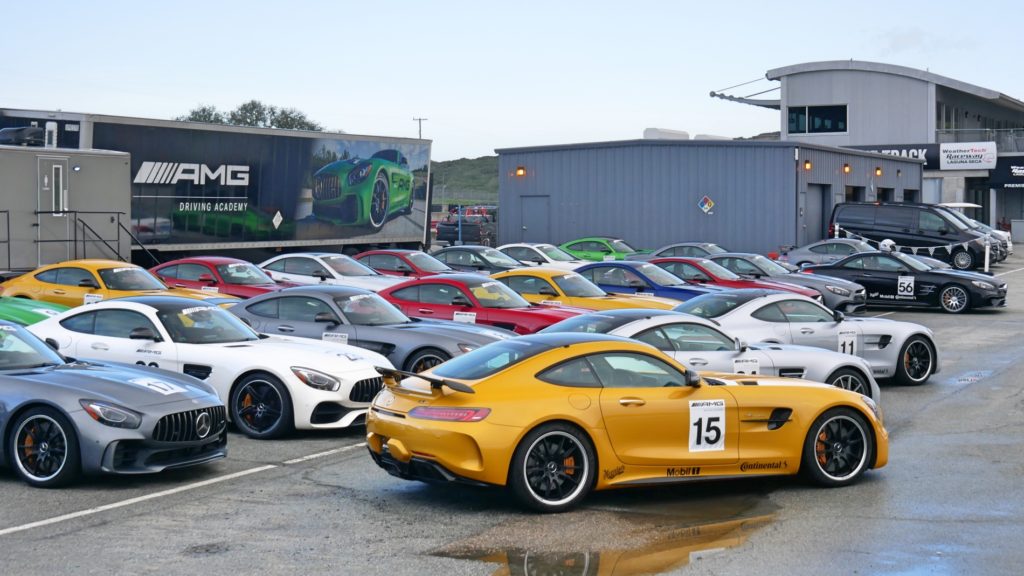 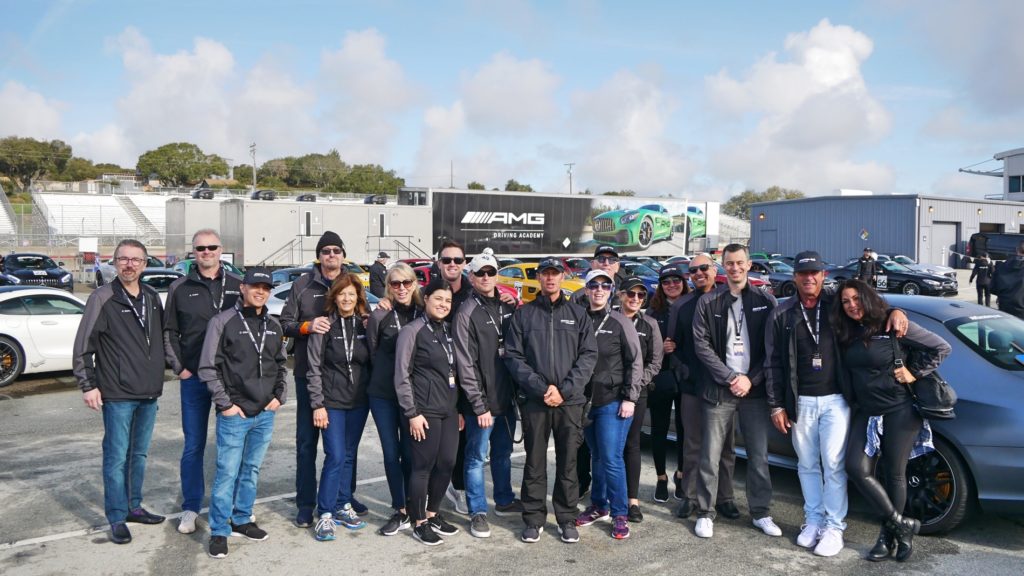 Following the timed slalom event, we once again learned that our Parts Director, Ron Keller, made the podium, this time only half a second behind another one of our customers, the overall winner, Christian Schmidt. Congratulations, Christian, we’re proud of you! 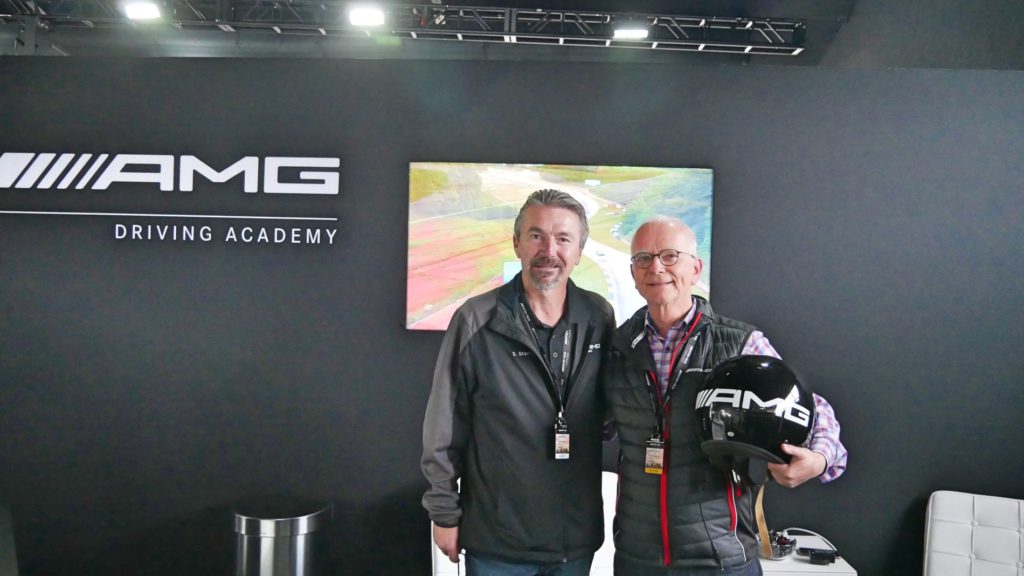 We’ll be back to Laguna Seca again in the fall for the next Drive of a Lifetime. Thank you, AMG® Driving Academy!