AMG® Black Series Celebration at Supercars by the Sea 2 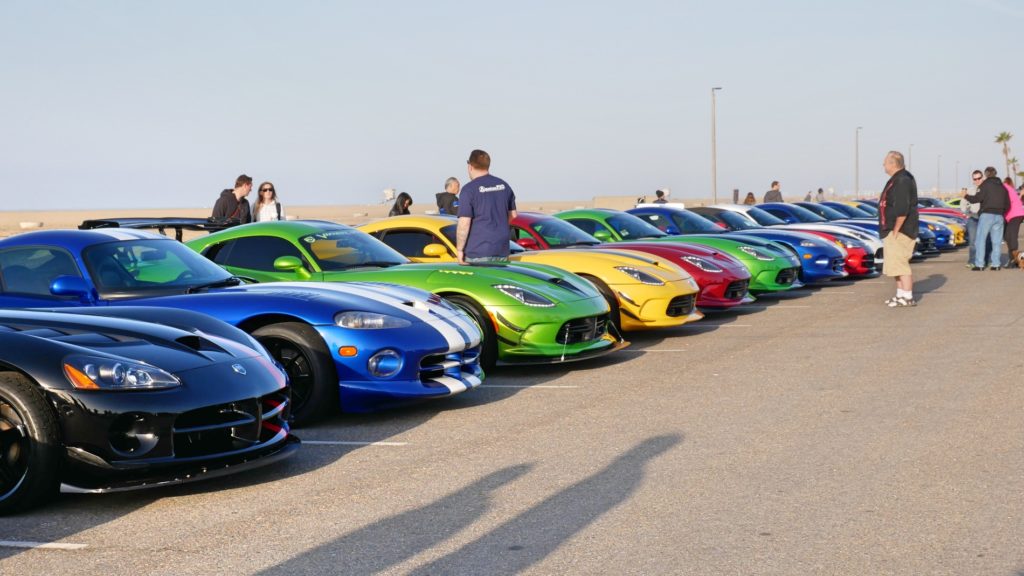 Success by the Sea

Back in January 2018, we wrote about Supercars by the Sea, the newest car enthusiast event in Huntington Beach, California. The event literally takes place on the beach and is so well-suited for its venue that it’s hard to see how this event will not continue to thrive – more on that later.

We also wrote previously about SxS’s affiliation with AMG® SoCal Lounge, one of the largest AMG® enthusiast groups in the United States, and their commitment to bringing out as many AMG® enthusiasts as they can muster at the 6 AM Sunday call time. To be clear, this is the time that the group meets before the event in order to all roll in to the event together when it opens at 7 AM. That is dedication with a capital “D.” 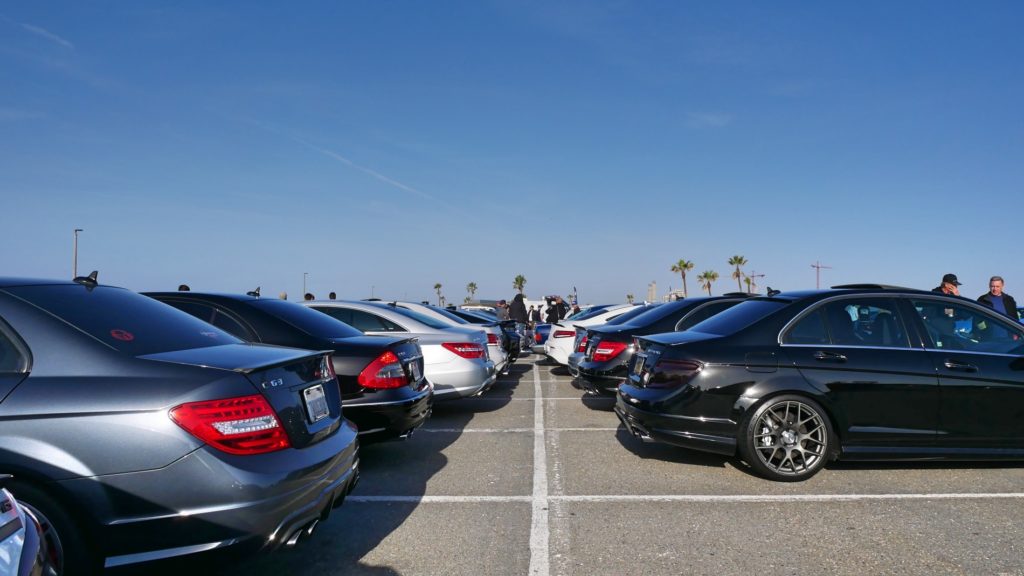 Way back in 2008, in the midst of the biggest financial crisis of modern times, Mercedes-Benz stunned the Americans when it introduced its hardest of hard-edged performance vehicles, the AMG® CLK 63 Black Series. Blessed with AMG®’s now-legendary 6.2-liter, naturally-aspirated V8 motor – the ‘M156’ in parts-bin parlance – the CLK 63 Black Series took everything that enthusiasts thought they knew about the girly CLK platform…

…and cooked it with a blowtorch. 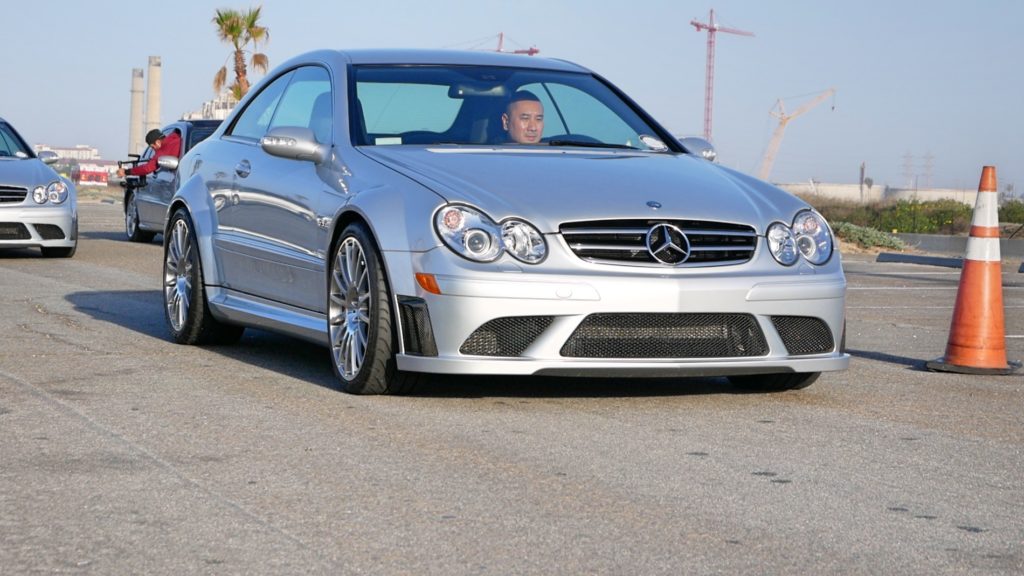 Financial apocalypse be damned. You see, the CLK 63 Black Series produced 500 horsepower and 465 pound feet of torque, which rocketed the car to 60 in four seconds flat on the way to a top speed over 180 miles per hour. Clearly, this car’s gratuitous use of carbon fiber, meaty fender flares and absent back seat were a make-up call of sorts for Mercedes-Benz’ decision to grace the overfed states of America with only the cabriolet version of the ‘regular’ CLK 63. Regardless of timing or why, the decision to bring the 2008 CLK 63 Black Series to the US was the beginning of a dynasty that has since grown to include the C 63 Black Series, SL 65 Black Series, and SLS Black Series. Indeed, rumor has it that the next Black Series will soon be upon us in the form of the Mercedes-AMG® GT Black Series. In any case, seriously, clear some time on your weekend calendar and look these cars up on YouTube. Then turn up the volume. 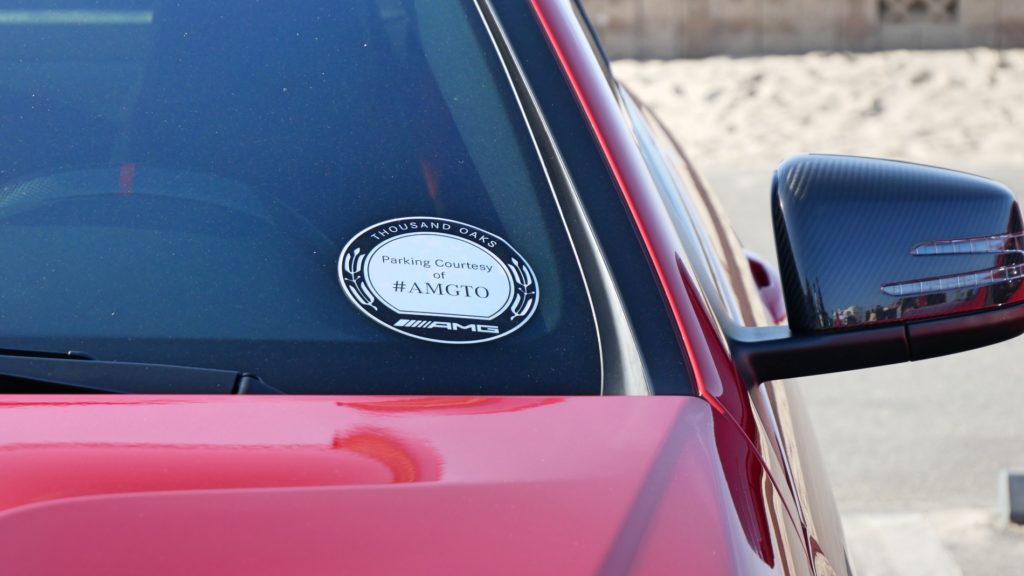 Back in December 2017, duPont Registry blogged about the AMG® Black Series collection of noted collector, Michael Fux, that was coming up for auction at Mecum the following month. The collection of one of each of the four Black Series cars (C, CLK, SL and SLS) went on to sell for over a million dollars at the January auction. While that sale was indeed a fantastic and rare achievement, assisted, no doubt, by the duPont blog, there was a proclamation in the blog that stood out to AMG® SoCal Lounge as a straight-up challenge:

“A Black Series gathering like this will never happen again.”

Oh, really? No sooner than the duPont writer pressed “Publish,” AMG® SoCal Lounge had issued a bat signal to every AMG® Black Series in California to come to Supercars by the Sea on February 11, 2018. The result?

Fourteen AMG® Black Series cars. On the beach. Together. 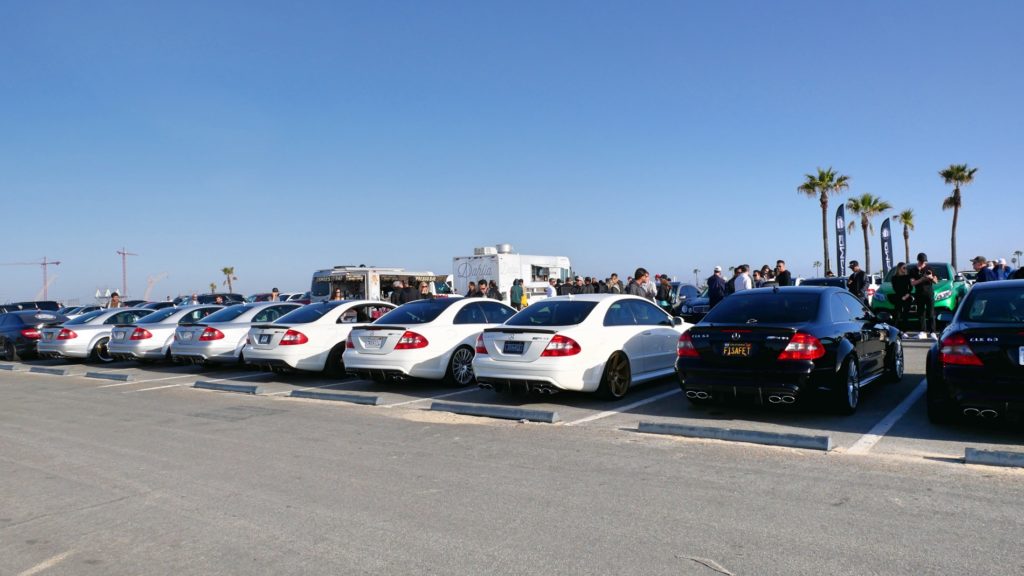 Recognizing the folly in their proclamation, and being the stalwart of automotive media that they are, duPont Registry sent a crew to document what was actually the largest-ever gathering of Black Series cars in one place. And that brings us to the growth of Supercars by the Sea. Turnout for the event was so large that had you forgotten something in your car parked at the southern end of the staging and needed to retrieve it to the northern entrance, the round trip would’ve taken you seven minutes on foot. Credit the dedication of AMG® SoCal Lounge, the other organizers, and social media for this meteoric rise in attendance which pushed cars on display towards a number approaching 300, nearly double the inaugural event just one month prior. 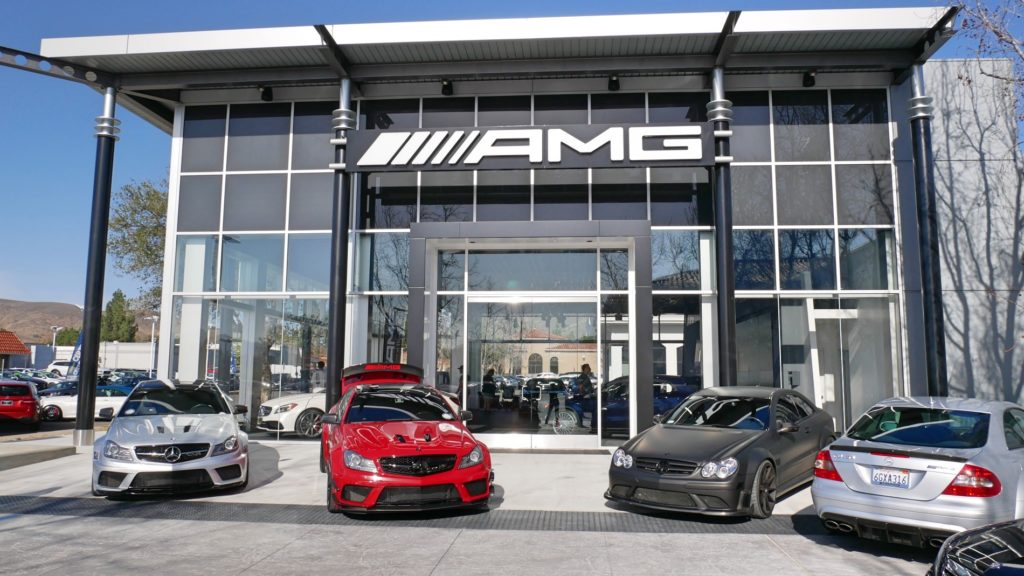 Not content to simply gather a remarkable number Affalterbach’s finest at one of the world’s most picturesque venues, AMG® SoCal Lounge arranged for a Black Series cruise up PCH to Malibu where members reconvened for a brunch at the world famous Paradise Cove Beach Cafe. From there, four Black Series cars and a host of supporting AMG® vehicles made their way up the thrilling Kanan Dume Road to AMG® Thousand Oaks for an all-black celebration of the Black Series’ 10-year anniversary in the United States. Guests were treated to black cupcakes, custom Black Series hats and a champagne toast at the first and only dedicated AMG® showroom in North America.

Not bad for a Sunday in February. 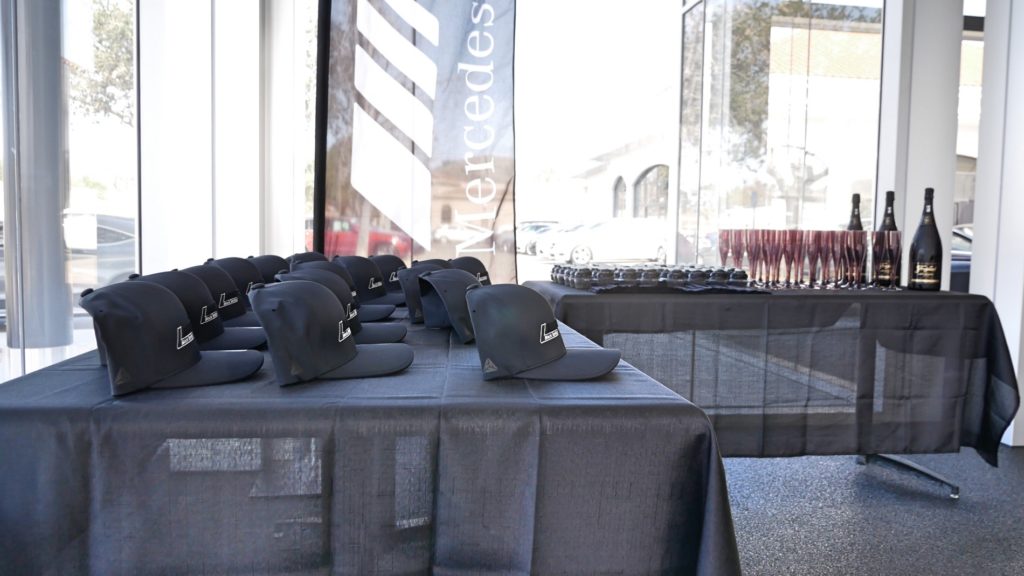 Supercars by the Sea happens every second Sunday of the Month at Huntington Beach State Park. More information can be found on their Facebook page.

New vehicle pricing includes all offers. Tax, Title and Tags not included in vehicle prices shown and must be paid by the purchaser. While great effort is made to ensure the accuracy of the information on this site, errors do occur so please verify information with a customer service rep. This is easily done by calling us at 805-371-5400 or by visiting us at the dealership.

**With approved credit. Terms may vary. Monthly payments are only estimates derived from the vehicle price with a 72 month term, 3.99% interest and 20% downpayment.